In discussion with Katie Richards, founder of Swimminwimmin

The story behind this Cornish cold water swimming group

I recently had the pleasure of meeting Katie Richards who founded Cornwall's largest female only cold water swimming group, Swimminwimmin. Following a invigorating, morning dip we caught up over some post swim lunch to discuss the benefits of this increasingly popular ocean activity, Katie's reasons for beginning the group, the unique sense of community it brings, and how you can get started...

How did you find people to go with?

‘I was on a few local Facebook groups so I put out a post saying that I’d like to go swimming and wondered if anyone might like to join, as I thought it was safer than going alone and would have appreciated the adult company at that point in my life. I thought that at least one person may answer but within an hour I was inundated with over 100 messages from women who also wanted to do it. As I was going through them I realised that many of them wouldn’t work out as they were either based outside of Newquay or could only do times that were different from me so I decided to just schedule a date and see who turned up.

The date was set for a freezing cold day in January. The weather was utterly miserable and I thought no one was going to turn up but when I walked down to the beach I couldn’t believe that 26 women were stood there on the beach, waiting to go in. These days, this is a common sight at beaches across Cornwall even in the wildest weather but when I started three years ago, it was a rare scene.

After that first day, we started meeting regularly. I wanted it to be as inclusive as possible so I organised different meets at different times of the day, on different beaches. We organised swims in the harbour, by mermaid pools and rockpools for those who didn’t like the waves, and we had open water swims for those who felt more confident. It was important to me that there was an access point for everyone who wanted to give it a go. We quickly became the largest cold water swimming community in the UK.’

How did the Covid lockdowns impact you?

‘This is when we really saw the wonderful impact of the community we had created. People were checking in on each other, dropping food off to those who were isolating, and we fundraised too (and still do, it’s a huge part of what we do).

The online community we had built took on a life of its own and as the restrictions began to ease, we organised bubbles and began swimming together again. This was a huge relief for many of the members of our community who had spend the whole of the period completely alone.’

Your group is called Swimminwimmin. How would you describe the community you have built?

‘It’s a female only, safe space for women to connect over a love for cold water swimming (or at least a curiosity about it). We fundraise and give back to our community. So far we’ve raised over £28,000 for local Cornish charities. We’ve partnered with Newquay Marine Group, we do beach cleans, we run water safety and first aid classes. Our project this year is about getting more defibrillators installed locally and training those who work close to them in how to use them.

Our community is passionate and powerful. We now host coffee mornings and breakfasts and many of the women meet outside of swimming but cold water is at the heart of these women and it’s the common denominator that connects us all. There’s something about the cold water element that makes you challenge yourself and you connect more deeply with those around you who are also challenging themselves and being vulnerable in the elements with you. It’s truly transformational.’

‘Hugely. Body confidence for women is huge. From very early on in life many women are often told that their bodies are not good enough and this develops insecurities that lead to women not wanting to go in the sea simply because they can’t face the thought of getting into a swimming costume in front of people. At Swimminwimmin, we’re body neutral. We don’t comment on people’s bodies. We don’t tell them they’re looking good because you never know what their journey is.

They may have lost weight because they’re ill or maybe they have been trying hard to loose weight but the person next to them is struggling, so we just don’t comment. Body neutrality is key. We focus on the swimming, the conversation, how powerful we are individually and as a group. The way our bodies look seems like such a pointless conversation once you’ve witnessed one of our swims. That’s why we have women who have never swam with their own children, never got into a swimsuit in over 30 years and now they swim with us daily and take their grandchildren swimming. Their lives have opened up so much more as a result of our swimming together.’

How do you think people feel when they see you all gathered on the beach?

‘I remember last summer we met on the beach to do one of our daily swims. It was the summer holidays so the beach was more packed that it usually would be and we had a very different demographic to the dog walkers and surfers we usually see. We met at the slip way onto the beach and got changed and then walked down the beach towards the water. Our age range was teenagers up to 80 years old. We were all exposed in swimwear but as I walked behind the group there was not one hand covering any body parts.

No one was looking at anyone else that wasn’t a member of the group. There was no arrogance in their body confidence, just laughter, joy and community and I think that anyone watching that day would have had to admit that scenes like that are fairly powerful these days in a world where people can be judged. I think most people watching think it’s pretty inspiring.’

‘If you’re thinking about starting swimming don’t overthink it. Search online for groups near you that you can join and tag along to one of their sessions. If there isn’t one close to you just do what I did and put a post out to ask if anyone might like to join or pull a few of your friends together to join you. If you’d like to start a group just do it. It can be as big or as small as you want it to be and can take up as much or as little time as you have.

Find a buddy to help you and spread the load of organising and don’t take all the responsibility. We are now a registered CIC but we’re not insured to take people swimming. We’re not cold water swimming guides. Keep the focus social, people own the responsibility themselves. You’ll gain friendships, confidence and community that you haven’t found elsewhere, I promise.’ 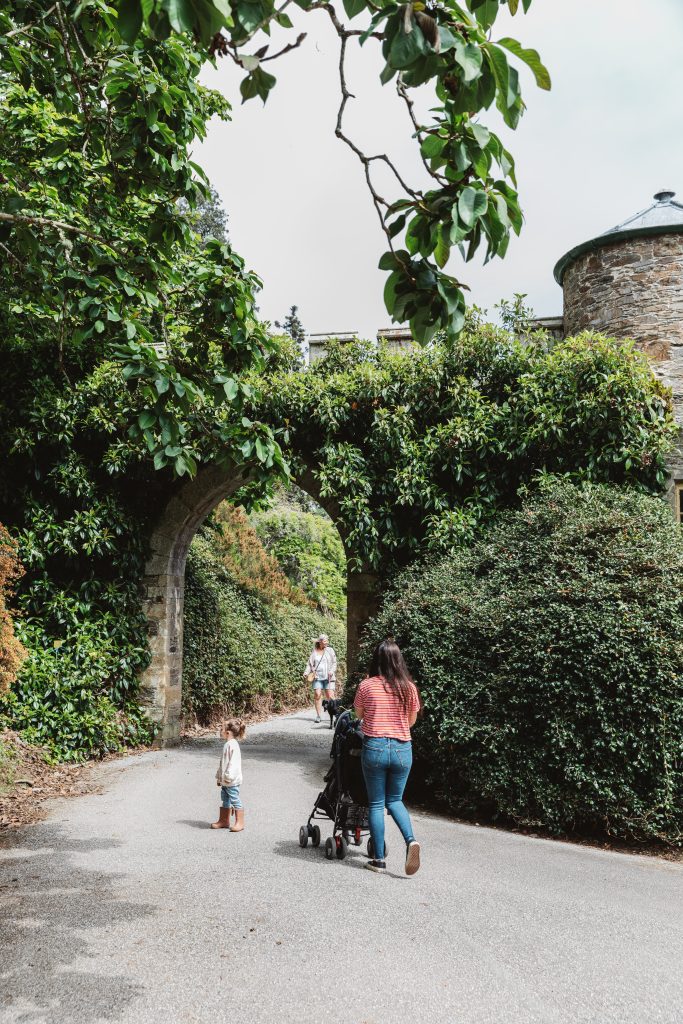 Cornwall Walk Of The Month: Gorran Haven to Caerhays

A picturesque circular for the whole family 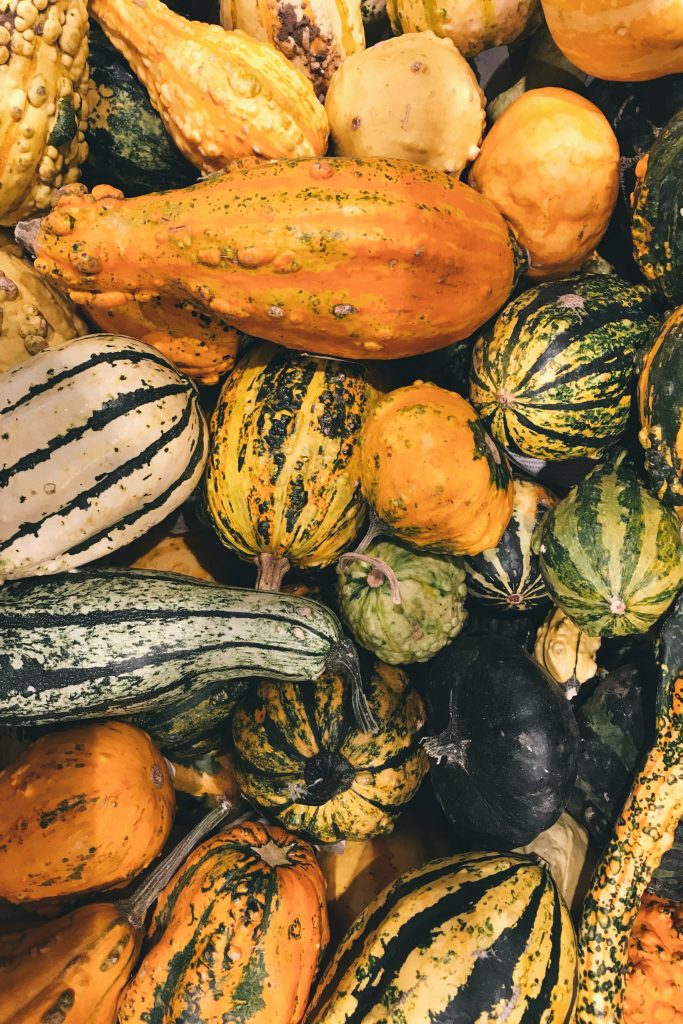 Planting guide for May

Sowing the seeds for your future harvest 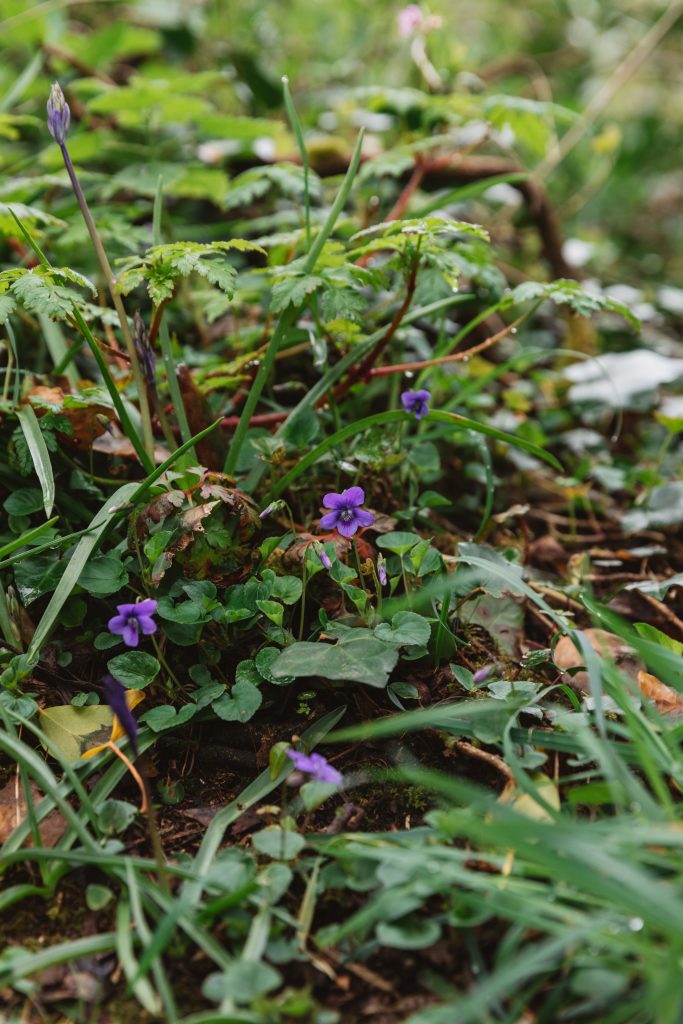 May Foraging: The Colour Purple

Seeking out the star ingredient for lilac syrup